Home » A Voice for the transgender community 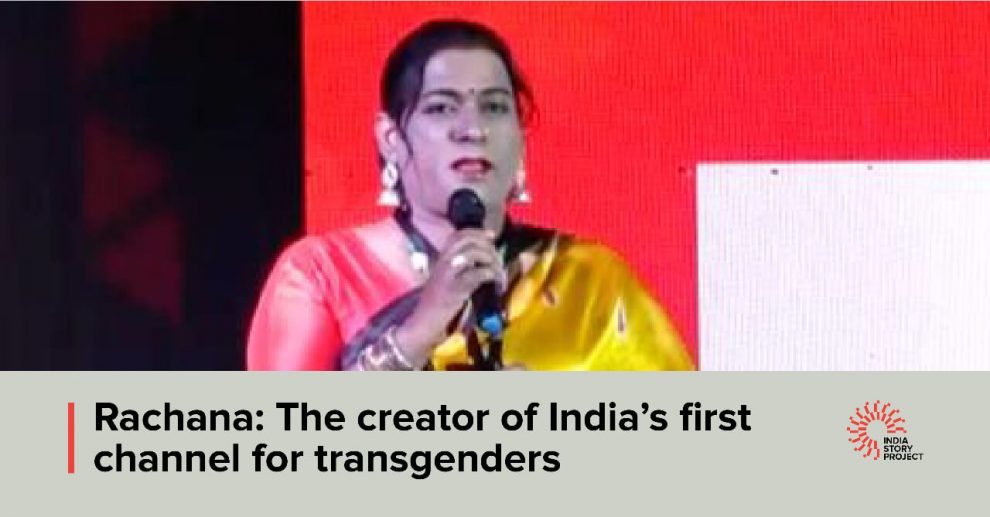 Rachana Mudraboyina is the creator of India’s first transgender YouTube channel. The voice and opinion on the transgender community in the country are now being shared, watched and discussed through her creative productions made in an interesting way. Transvision channel today is creating both awareness and to break stereotypes regarding the community.

“We wanted to bring in more visibility to the talents and concerns of us all. There are stories which are inspirational to all. We wanted everyone to have access to it and so we created our own production studio and programmes to be taken to far and wide places through the online platforms,” Rachana Mudraboyina told ISP.

We have graduates, postgraduates, researchers, advocates and many thinkers within the community and their views don’t find space in regular platforms hence we thought of creating one our own, she said.

Rachana, who is today a renowned TED speaker and a consultant on legal issues, feels that for the common men and women the sight of the transgender is in traffic lights. Some have seen members of her transgender community singing outside homes when a baby is born or late at night one sees them soliciting by the side of the road. But, Rachana and her team of Transvision feel that the reality and thoughts of transgenders are much beyond these regular sights and they must be now projected more emphatically.

Rachana says that despite a central law to protect their rights, violence is still rampant. There are incidents of people throwing acid on them or hitting them with a beer bottle. There are cases of killing and the threat to the community was immense. Transvision is an effort to stick closer and communicate. The media collective has given them strength and it is speaking on behalf of the transgender community. Innovative and creatively done programs which speak facts and every day realities have given international recognition to the community.

“It was always tough for us to find space in regular media. Most of the audio-visual content on YouTube has a stereotyped image of transgendered, so we created programmes of our own and started airing it. The response has been wonderful and people are watching and sharing it,” says Rachana.

Transvision is an example of the fact that when the marginalized communities have no voice against massive power structures, they are forced to come out with their own media to be heard.