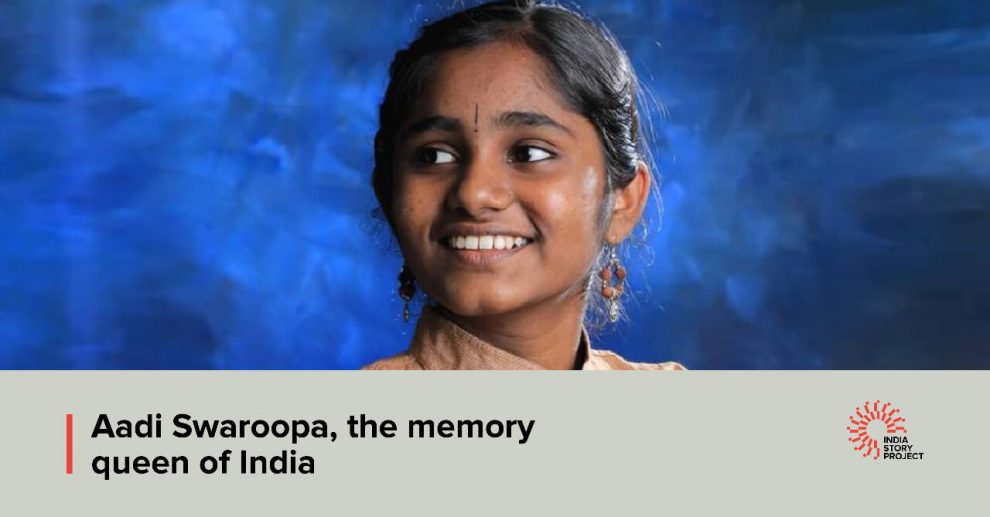 Aadi Swaroopa is a rare prodigy. This 15-year-old student is gifted with a powerful memory that enables her to recall anything at lightning speed. She can memorise unlimited phone numbers and solve Rubik’s cube puzzle in 45 seconds. But that’s not everything. She is one of the unique ambidextrous talents in the world. She does not just write with both her hands, she can do reverse running writing with ease, can go hetero linguistic at the same time, do mirror image, hetero topic writing, exchange write and also write blindfolding.

She can write one sentence in Kannada with one hand while simultaneously writing the same sentence in English with the other. While ambidexterity is a rare trait, it is more uncommon to be able to write at the same time in two different languages. She says that she used the pandemic time to perfect her memory and writing skills and can now easily do mirror writing and many other rare forms of ambidextrous art. Aadi Swaroopa has to her credit the world record for writing with both hands simultaneously.

Adi Swaroopa’s 60-year-old father Gopal Gopadkar himself is an exceptionally talented artist who neither uses a chisel nor a brush but his fingernails to create works of amazing art. He is perhaps the country’s few person who mastered nail embossing art.

Aadi was born right-handed but learned to write with her left hand at an early age. Her parents claim that she started reading texts when she was only one-and-a-half years old and at the age of two and a half years, she used to write around 30 pages a day. She has never gone to a formal school and is now ready to give her class tenth examination. She published a collection of short stories at the age of ten and she loves painting portraits and pursuing other forms of creative art.

Aadi Swaroopa’s parents Gopadkar and Sumadkar run the Swaroopa Adhyayana Kendra. They gave up their job as teachers in a college to set up this training centre to help children reach their full potential in learning and writing. The centre trains students at an early age to comfortably write with both hands.