Home » An evangelist for fit and healthy India 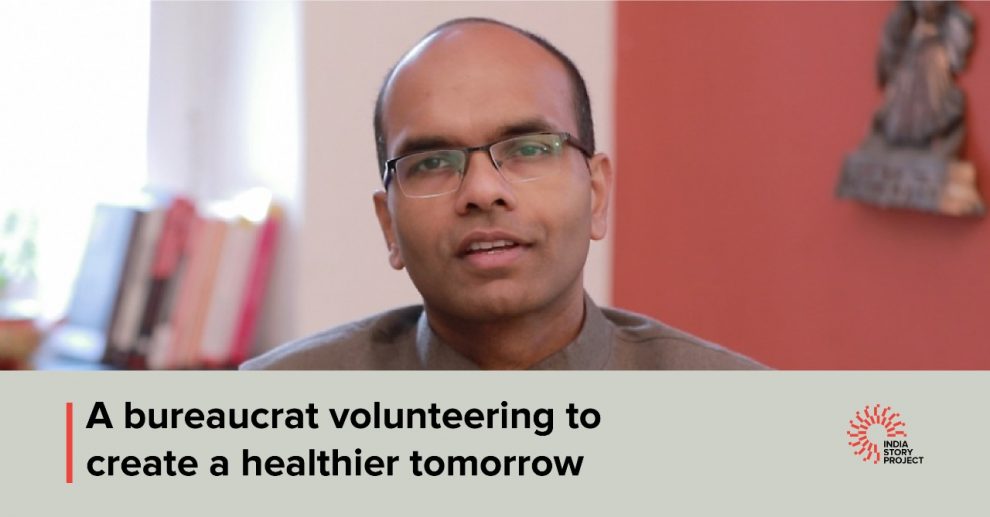 He is a 2004 batch IAS officer currently holding an important portfolio in the central ministry and while he is not in his official avatar, he is doing something which requires most attention. Bureaucrat Raghuraj Rajendran is a good health enthusiast and in his free time, he dons the new hat of a public speaker advocating 3S lifestyle. Through the talk, Rajendran shares his tried and tested lifestyle choices for a more fulfilling life. He has penned down his thoughts in his book ‘3S and our Health’ which is available online in various languages.

Raghuraj, who belongs to Madhya Pradesh cadre has been district collector in five districts in the state before taking up his stint as deputy director of IAS training academy LBSNAA in Mussoorie. What made him different during these assignments has been his regular guidance to his fellow officers for a healthy lifestyle, fruits of which are evident from the letters he receives from his batchmates after gaining health with 3S formula.

He propagates the philosophy of 3S and our health. It says adopt 3S and avoid 3S. The 3S to be avoided are sugar, snacks and supper, in that order. The 3S that is to be adopted would include sports, sangeet (music) and sleep.

“When I was in Bhopal some years ago, I had a Maharashtrian friend in the service whose wife is a doctor. Discussions on health were natural amid us and that is where I came to know about this fact. The key idea was learned by us from a video from Dr. Shrikant Jichkar. It was about having food two times a day and avoiding refined sugar and sweets if you are diabetic,” says Raghuraj Rajendran.

Any act of having food will secrete a fixed measure of insulin in the body. Therefore, more the number of times you eat, the measures of insulin released into your blood will be more. More insulin in blood causes insulin tolerance. This, in turn, means more insulin would be required to deal with the same amount of glucose in blood. This, when not available naturally in the body, leads to a dependence on externally administered insulin or drugs, a condition called diabetes, he adds.

He works steadfastly to create awareness about the threat to our health due to the business of refined sugar and how social addiction to this is deleterious to the health of the society. He inspires and mentors a voluntary group which also includes his own father Advocate Rajendran who work with schools and colleges to encourage children to adopt a healthy lifestyle. The thoughts and ideas compiled for everyone to share are available on the portal www.3sandourhealth.com for public use and feedback.