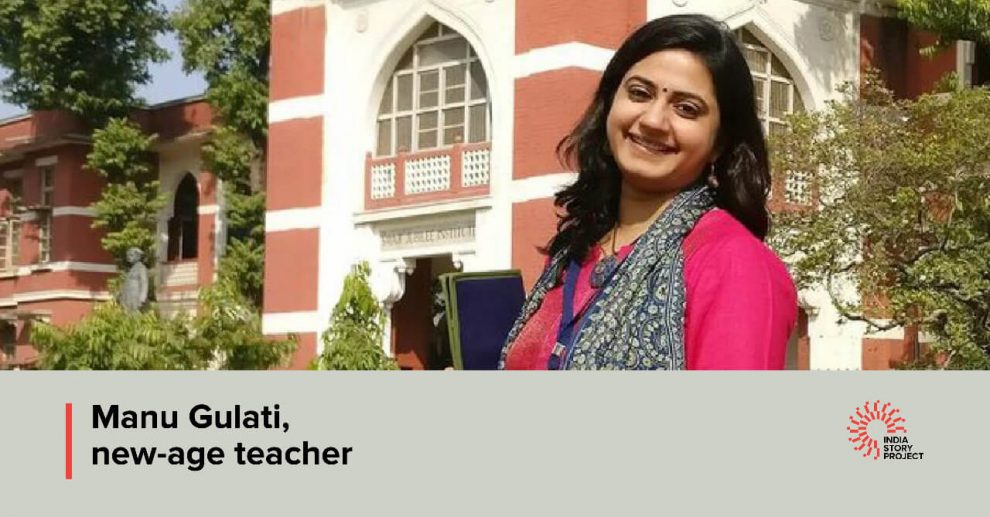 She is a proud government school teacher. She believes that children if mentored in the right environment can be successful in life no matter what background or circumstances they come from. Meet Manu Gulati, Delhi Government school teacher and a Fullbright Fellow who is also pursuing her doctoral studies in education from Jamia Millia Islamia.

Manu Gulati is a teacher in Delhi in Sarvodaya Kanya Vidyalaya No. 2, Punjabi Bagh. She is designated as a Mentor teacher by the Directorate of Education, Delhi government. She started her teaching career in 2004 and joined Delhi government job in 2011.

She became an instant media sensation last year when a video of hers dancing with her students became viral. She became the face of a cheerful teacher of India who believes in befriending and guiding kids to success. She has been honoured with several awards in her teaching career. Before joining the Delhi government school, she worked in a private school and the schools belonging to the Municipal Corporation.

Manu’s both parents were government school teachers. Since her childhood, she lived and cherished many experiences of school through them. She calls her parents as the inspiration to take up teaching as a profession. Although she started teaching in a well-off school with good infrastructure, her shift to a government institution made her look for best use of available teaching aids and resources.

With her belief that all students deserve good teachers, she started innovating teaching methods with the available tools in the government school. She started looking for resources within the campus and involved students to make them.

Manu Gulati is the winner of the Martha Farrell Award 2019 for women empowerment. In 2015, she received the National ICT Award for School Teachers by the Ministry of Education, Government of India. She has been acknowledged by the Delhi government on several platforms for her contribution in the field of Education innovation in the National Capital Region.

This favourite English teacher of the Delhi school students makes many students wish that they had a teacher like her in their childhood days. Her instagram account is full of letters to her by students asking to come to their state to teach. Parents also write testimonials and gratitude to her in her social media account. Her colleagues say that her cordial and friendly attitude with her students makes learning a better and fun experience. 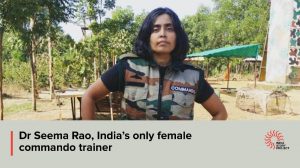