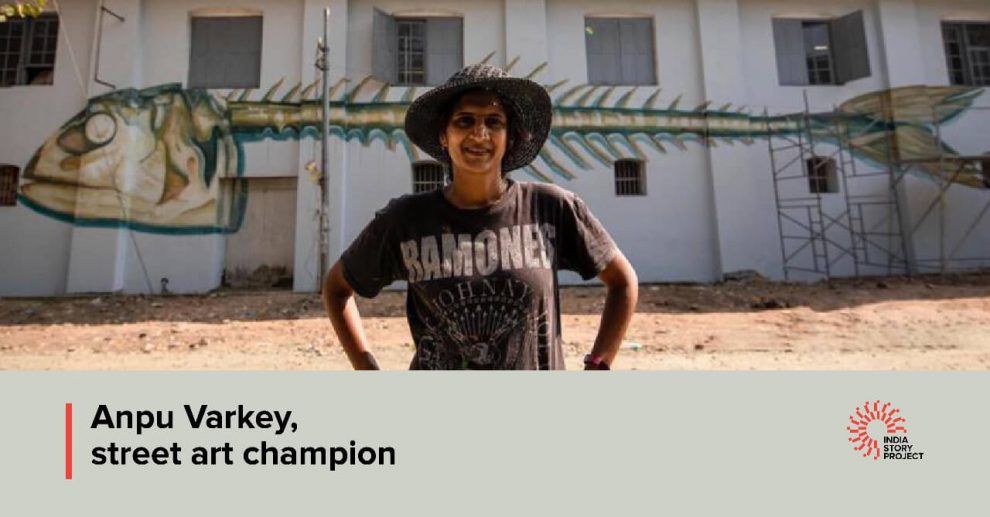 She calls herself a dreamer and traveller. She is one of the best artists in India. Bengaluru-based Anpu Varkey is a colourist and a visual artist who is setting a new benchmark in the aesthetic look of the cities across the world.

Anpu began her exemplary work in cities like Cochin and Trivandrum and she is renowned for rendering an emotional element to her artworks. And many of her works feature images of children prominently. Trained in public art, Anpu took up the work of painting public spaces when she was introduced to the genre through a festival in Delhi almost ten years ago.

Her most popular murals are in Mahim, Mumbai and she also assisted German artist Hendrik Beikirch on the famous Mahatma Gandhi mural at the Delhi Police headquarters. Anu has just completed a mural in Thiruvananthapuram as part of the Arteria 2021 work under the Palayam underpass, a major location of the city. She is currently part of a major project of the government of Kerala to beautify public spaces.

After graduating from the Baroda School of Art, Varkey did a diploma in fine arts from Central St Martins Byam Shaw School of Art in London. Today, Any is known as the best street artists in India. She has been associated with major street art festivals across the country. Her historic works have been part of the Shillong Street Art Festival and the Rishikesh street art festival.  She is best known as the ‘worker on the streets’ among the street artists in India.

Anpu came into limelight with her large signature murals for the Kochi Biennale and an exhibition in Alappuzha in Kerala. Anpu is known for her style of approaching a space without any pre-planning  and letting the site and the surroundings guide her in the artwork. She stresses that artists should push boundaries of what they depict on the streets. Street is not just beautifying or social messaging but it is also about an emotional element of the space one is working. She likes drawing less but enough to guide the eye and leave the rest to the viewers to interpret. 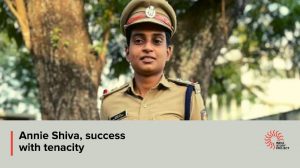 Redefining paediatric cancer care
The school under the bridge
Comment