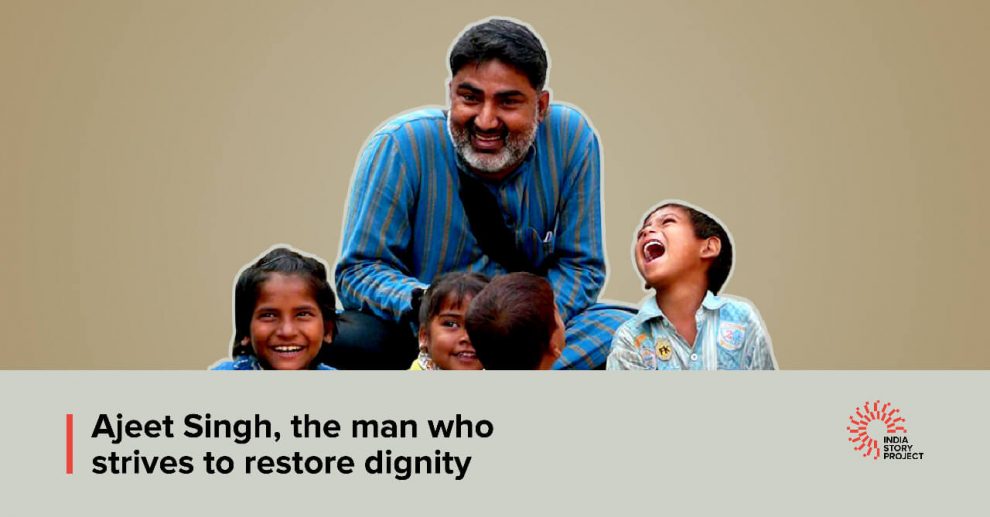 He has been adjudged a ‘Real Hero’ by the media. His relentless efforts in rescuing girls from the murky waters of the flesh trade. For Ajeet Singh, the founder of Guria,  the herculean task of rehabilitating the victim women and their children has been more than just freeing them, he believes that complete rescue is when they are educated and made self-dependent.

Ajeet and his team work with the three-fold aim of preventing human trafficking and unsafe migration. It pursues its efforts to end child prostitution and prevent second-generation prostitution. Team Guria has managed to develop a multidimensional approach to fight sex trafficking successfully. It responds to the immediate suffering of the victim and also works focused on the root causes of prostitution, which Ajeet and his team believe are poverty and inequality. The Guria team says that it is not charity that is wanted in the world but our earth needs justice to make a humane world where all beings coexist in harmony.

Ajeet’s journey of rehabilitating and helping the victims of the sex trade began in 1988 when he adopted three children from the red light area. An activist for social justice right from his college days, he always believed that there must be concerted efforts to restore the dignity of lives to everyone as guaranteed by our Constitution. He registered his organisation named ‘Guria’ meaning little girl child and started engaging with stakeholders including the policymakers to make the objective possible.

Ajeet did his schooling at Col. Brown School & La Martiniere College and Graduated from Hans Raj College in Delhi. He has delivered many talks at national and international institutions including Cambridge University, University of London (SOAS), and Princeton University and has served as a consultant for the Liberal International and the UNODC.

Over the years, Ajeet’s work in the field has been highly acclaimed and he has been part of the efforts to form the legislation on human trafficking led by the Inter-ministerial committee and was part of the NHRC committee for combating trafficking and has played an important role in designing the policy from the perspective of sex trafficking.

He has been invited to several judiciary and parliament-led processes to assist the Government on the subject. He is a recipient of the Nari Shakti Award which was awarded to Guria by the President of India in 2016. Kaun Banega Crorepati’s special Karamveer episode hosted by Amitabh Bachchan celebrated Ajeet Singh and his wife Manju as ‘The Unsung Hero’ in 2018.

Walking along the rivers
The birdman of Chennai
Comment