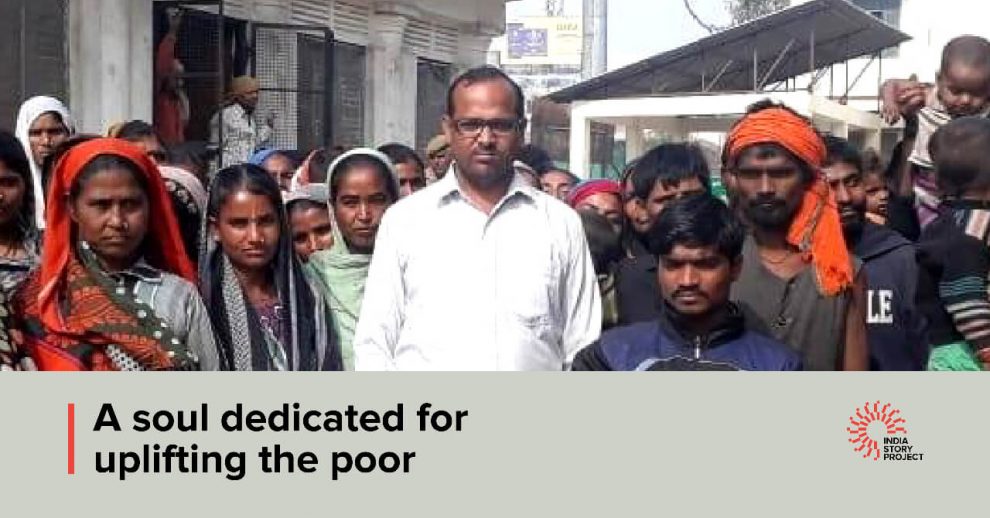 He was a man on the street like all of us. But he thought differently right from childhood. Naresh Paras of Agra had an early stint with social work when he started letters for illiterate rickshaw drivers in the Taj city. People would throng to him to make him write there documents. He became a trusted partner of the people on the street. Naresh was the perennial friend of the people who had no one to rely on.

The earlier engagement of writing letters for the illiterate became a bit more elaborate and now he started advising people on their documentation problems. Birth certificate to ration cards, Naresh would help everyone fill their forms and process the requests. If one lost a document, he was there to help them locate it.

Agra was witnessing a sea change in industrialisation and Naresh was still trying to figure out the purpose of his life. But his tryst with the purpose came on the day when he spotted an old lady who was searching for her children.

“She was tired of her search. She had literally stay put at the local Mahila Police Station to locate her children for almost five years by then. No one was even hearing her complaint. I thought I should accompany her and try help. I made it a mission. From political establishment to administration, I approached everyone and sought help. Finally, the FIR was lodged but the children could not be located. That was when I thought that the search for the lost ones was a purpose which I must pursue as a drive along with people’s participation,” says Naresh talking to ISP.

Administration took note of the altruistic work of Naresh and partnered with him to connect people who were lost. Uttar Pradesh government appreciated and felicitated Naresh. When Kumbh Mela happened in Prayagraj, Naresh was allotted several stalls and infrastructure to make child friendly corners. He and his team helped the government conduct a smooth festival and several children who could have been lost during the Kumbh Mela could be traced due to the voluntary work of Naresh and his team.

Taking a leaf from his earlier work. Naresh today is busy in a newer initiative these days. He helps the prisoners stranded in the jails to avail bail.

“There are lakhs of prisoners in the jail who are supposed to be free but cannot come out because they lack funds to pay for their bail. I am trying to coordinate their release. I am glad that there are many people who are partnering this good initiative. Why should someone be in jail when he is not required to be,” says Naresh.