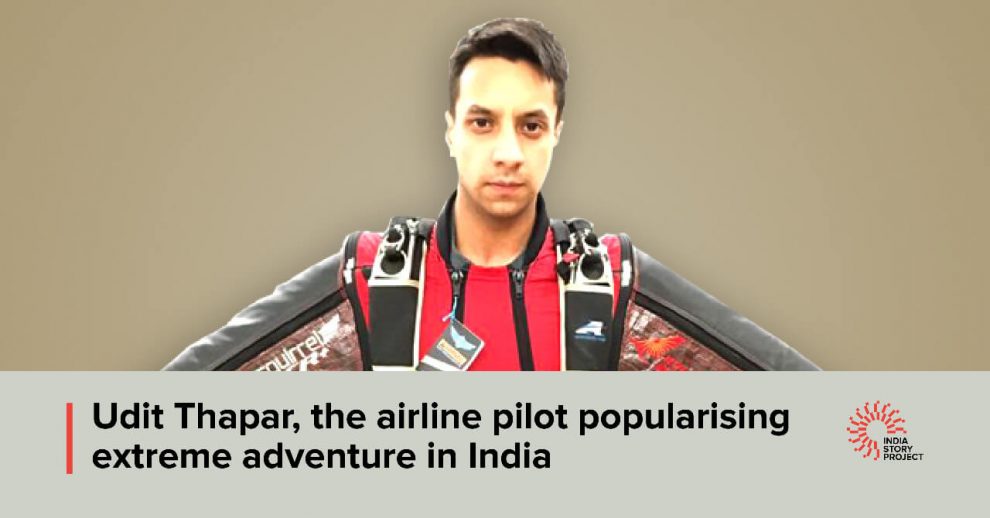 Udit Thapar from Delhi is a name to reckon with in the international adventure circuit. He enjoys flying like a bird free in the sky with wings on his diving suit. A commander with Air India, Thapar is the son of a military parachute regiment officer and he was only 13 when his father took him for his first solo parachute jump.

Udit knew from childhood he was born to fly. An ace pilot with the premier airline, he was awarded the highest award for adventure sports in India. He was bestowed with the Tenzing Norgay National Adventure Award in 2018 by the President of India for promoting various kinds of skydiving sports in India. He is today a paragliding pilot, a microlight pilot and importantly he is a wingsuit flyer, a sport which he cherishes the most.

Wingsuit flying, also called wingsuiting, is a sport in the family of skydiving and it uses a web-sleeved jumpsuit called the wingsuit to add lift and float to the diver’s body. It allows extended air time to the diver rather than just free falling. It uses a pair of fabric membranes stretched flat between the arms and between the thighs to imitate a bird’s flight motion and the diver’s body transforms into an aerofoil. It ends by deploying a parachute.

Though born in a military family, Udit went through a personal set of challenges to get trained as an ace wingsuit pilot. While training for the adventure sports in the United States he had to do many odd jobs to train himself for his passion and pay for the extra hours of flight to achieve perfection. Today, Udit is one of the world’s best in his category.

“Statistically, it is safer to skydive than to ride a motorbike in Delhi. Another myth is that it’s scary, to be honest, it is not scary at all, it just looks the part. It’s a thrill,” he told an adventure editorial platform The Vibe in an interview. Udit also elicited hopes that adventure sports is catching up with youngsters in India.

Apart from wingsuit flying, Udit is also an ardent fan of hot air balloons, parachuting and skydiving. In 2005, he took to hot air ballooning for the first time and in 2008 he earned the balloon pilot licence from the Federal Aviation Administration and the Indian regulator, the Directorate General of Civil Aviation.

The testimony to his passion for hot air balloon sport is the fact Udit proposed to his wife Rashi on his balloon flight over his private farm near Delhi. 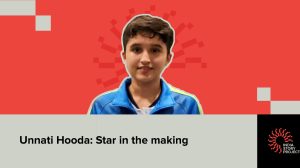 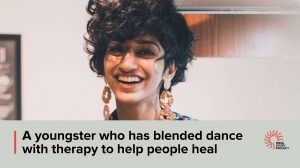 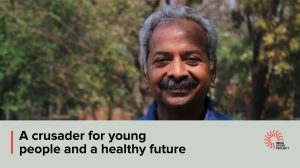