Home » Conserving a river and its people 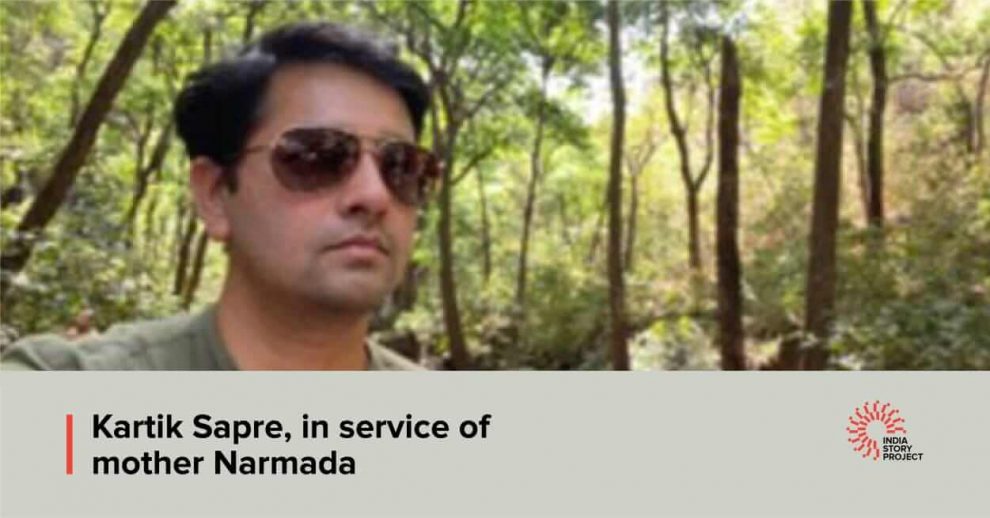 River Narmada is undoubtedly the lifeline of Central India. Of the several steps taken to conserve the river as a source of water and to preserve and protect the lives around and its sanctity, the organisation Narmada Samagra has been playing a seminal role in leading the initiatives. The young person at the helm of affairs leading a bunch of inspired souls in the work is Kartik Sapre, a student of doctoral studies at IIT, Delhi.

Kartik started his career as a legislative assistant to the founder of Narmada Samagra, Anil Madhav Dave, former union minister. Narmada Samagra was conceptualised by Dave as a gathering of public and private partners engaged in the conservation, management, and protection of river Narmada also called Mother Reva. It was an initiative to bridge the gap between those who are already working to serve it and those seeking to join hands in this noble and mighty initiative.

“He was known for his various roles in society as a river conservationist, environmentalist, Social Worker, Writer, organiser, politician and an amateur pilot. After my management studies I joined him in his Delhi office. But he had a unique plan for me and he asked me to go on a trip from the source of river Narmada at Amarkantak to the Kutch. It taught me more about the living traditions around the river which is mother to everyone. After his sudden demise in 2017, we have been trying our best to follow his vision and to keep his dreams come true,” says Sapre to ISP.

Narmada Samagra works with the communities around the river to conserve it. The ownership of nature must remain with the native community and they must be equipped to deal with the preservation of the natural gifts. We have a vision 2047, which aims at ensuring that the Ma Narmada is preserved in all its beauty and might and the people around it live healthily and in complete harmony with nature, he adds.

Kartik, the Chief Executive, is steering his team at Narmada Samagra Nyas at two levels. They undertake advocacy and awareness building through various forums, activities, and events at the ground level. It is involved in activities designed toward maintaining the balance of the ecosystem by taking care of Narmada’s water and its catchment area. Also, the organisation educates people about the importance of the river at regional, national and international forums.

Kartik works widely with international forums on Climate Change. He participated in  COP24, COP23 and COP22 conferences organised by UNFCCC.