Home » Faith and queerness find each other 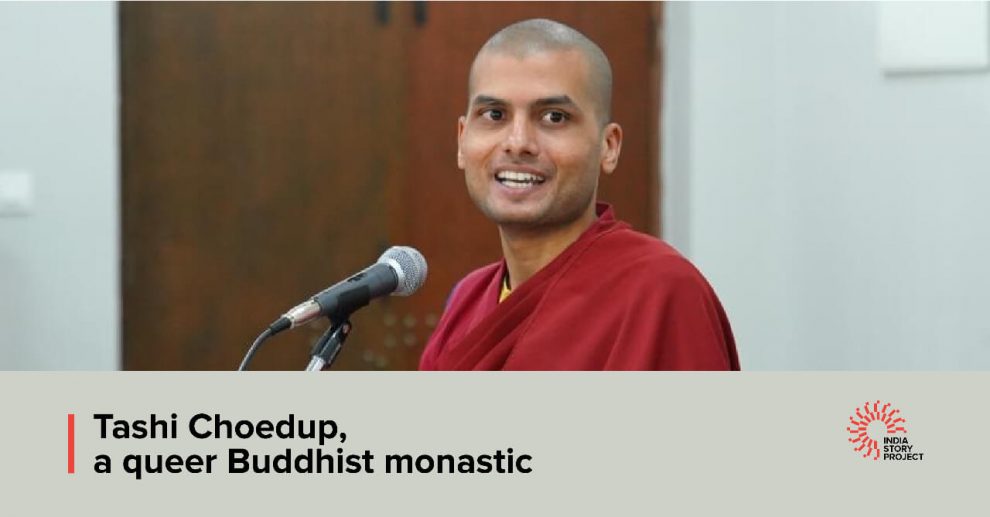 A trans feminine celibate, Tashi Choedup is described by the media as a practising Buddhist monastic and queer rights activist. With more than a decade of experience working in human rights and community work, Tashi Choedup is today an emphatic voice for trans people.

A practising Buddhist monastic and one of the founding members of Telangana Hijra Intersex Transgender Samiti and Queer Swabhimana Yatra, this student of Buddhist philosophy and psychology has her primary areas of interest in faith, religion, mental health, and queer rights and their intersection.

Project fellow at Anveshi Research Centre for Women’s studies, Hyderabad, Tashi Choedup with a collective of queer-trans people is in the process of helping to set up the QT Centre in Hyderabad which will be a safe haven for queer people. The QT centre (Queer-Trans Wellness and Support Center) aims to give anyone from the LGBTQIA community a space where they can learn, socialize, and seek help.

“My Faith Has Helped Me With My Queerness and My Queerness Helps Me in Making My Faith Inclusive,” Tashi Choedup said in an interview recently and finds her journey as a step toward forging a healthy relationship between their queerness and faith.

Tashi Choedup believes that this world does not belong to the privileged few and the so-called mainstream and the belief of people who think that the status quo helps them is just an illusion and at best short-sighted.

“Fight for equal rights is not just a fight for the people and communities in the margins and sooner the mainstream realizes it, they would be doing a favour to themselves,” says Tashi Choedup and agrees that it is quite unusual for someone like her, a queer person with progressive liberal politics, to take vows and become part of a religious order for the rest of the life.

“The vows and the commitment I made are of course not free of struggle or easy to keep up with, but my awareness of life being rooted in monastic vows gives me the conducive conditions to practice my faith in the best way possible. This helps me to acknowledge and to keep up the struggle of engaging with my desires and abstinence,” says Tashi Choedup.

Adding that, “the more I see the contemporary Buddhist teachers engaging with the issues of gender and sexuality and the growing number of queer Buddhist folks who are forging a healthy relationship between their queerness and their Buddhist faith at an individual level and also at a collective level, the more I am inspired and hopeful.”

The openness and views of Tashi Choedup are importantly a vital aspect of the growing interaction happening within the faith organisations and religions towards ensuring the human rights of the queer people.

His trek is inspiring masses to donate blood
Sooraj, a new dawn of hope
Comment