Home » Journey of an acclaimed photographer 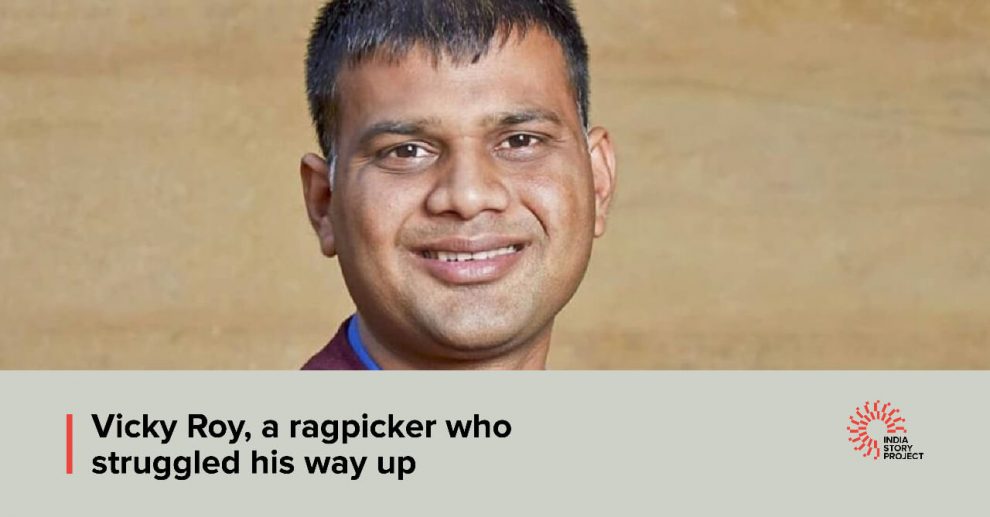 The story of Vicky Roy is an inspiring story of a ragpicker and homeless child turning into an internationally acclaimed photographer. Hailing from Purulia, West Bengal, he ran away from home in the year 1998 at the age of 11 and reached New Delhi. While he strived to save himself from abusive relatives by staying away from his village, he had to work as a rag picker at the New Delhi Railway Station.

He looked for another job at a small dhaba at Ajmeri Gate, where he was employed as a dishwasher. Help reached him in the form of a doctor who intervened in his life as an angel and introduced him to the Salaam Balak Trust, an NGO working in Delhi near the New Delhi Railway Station. The doctor who had come for a meal asked him why he worked when he was supposed to finish his studies and achieve big things in life.

Destiny had it that he met a British photographer who introduced him to the world of lenses and frames. The Salaam Balak family presented him with a DSLR camera on his 18th birthday and his journey with the exciting life of photography began.  And rest was history.

He started with a prestigious apprenticeship with photographer Anay Mann and he learned the tricks of the art from him. Fame and recognition followed. Street Dreams was his first solo photography exhibition in 2007, and was held at the India Habitat Centre in New Delhi.

During the 2013 Delhi Photo Festival, the Nazar Foundation released Home Street Home, his first monograph. In 2017, his first solo show was showcased at the Vadehra Art Gallery, titled This Scarred Land: New Mountainscapes.In 2018, he was a part of the Houston FotoFest Biennial and Kochi-Muziris Biennale.

The ultimate recognition came in 2014 when he was awarded the MIT Media Fellowship. In 2016, he featured in the Forbes Asia “30 under 30” list. In 2019, he debuted at the Asia Society Texas Centre (ASTC) with Scraping the Sky, Photographs by Vicky Roy.

Vicky Roy is a living example of the fact that dreams come true if you work for them. His incredible journey from being a rag picker at the station to having his name in the Forbes is a massive story of personal growth. Vickey is also an inspiration for the youngsters who are the future of the country.

Shining light in the diaspora