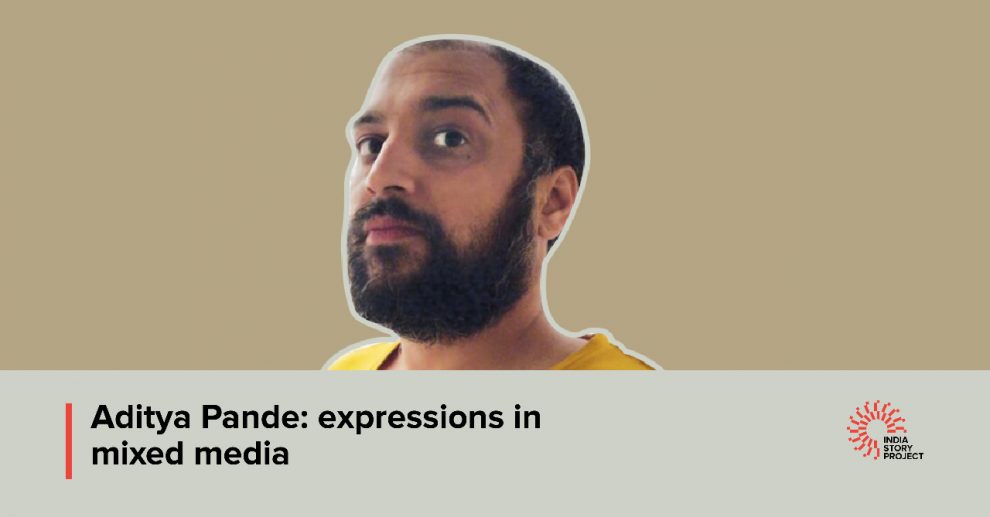 Born in Lucknow and raised in Chandigarh, Aditya Pande is an Indian contemporary artist with a difference. His work is bringing glory to the Indian art scene and also creating a niche for the artists of the country.

Pande’s art form can be best described as one that combines the skills of drawing and printmaking with photography and painting.

Aditya Pande received a degree in Graphic Design from the National Institute of Design, Ahmedabad, in 2001. Pande’s solo exhibitions have been presented by institutions including Nature Morte in New Delhi, Aicon Gallery, New York and Alexia Goethe Gallery, London.

Pande’s process involves both the manipulation of computer-aided technologies and also more traditional media. It is characterised by dense layering of the picture plane and it marks Pande’s artistic process. His work often extends right onto the acrylic covering the artwork. He is renowned for creating a world of amorphous characters that whirl around his frame of vision prodding, sucking and entering each other.

Almost all of Aditya Pande’s work is centred around using drawing as a starting point. His mixed-media drawings combine abstraction and representation, the handmade and the computer-generated, and recurring images of animal-insect-human hybrids that dance across collaged compositions.

He is different in the process of creation from other artists as he begins on the computer, using a vector-based drawing software program with which he creates graphic, distorted, biomorphic figures and forms. Pande then prints these forms out on archival paper and adds collaged, drawn, and painted images. 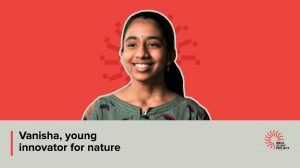 Toilets need not be dirty 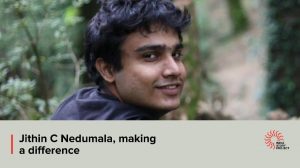 Spreading the light of education

Marriage hall on wheels
A boon for the paralysed
Comment