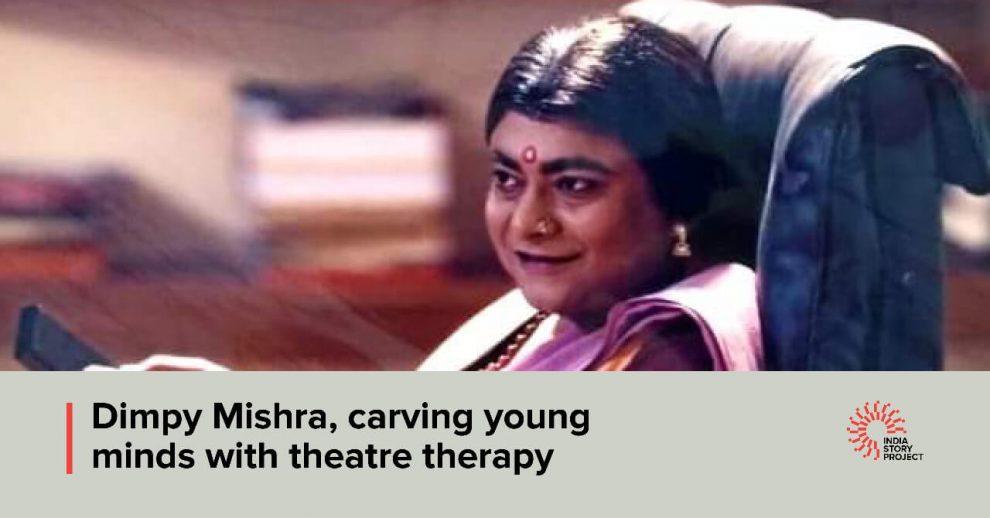 Dimpy Mishra is a practitioner of the surging art of emancipating young lives by involving them in theatre and creative fields. As more and more youngsters get hooked to technology and slog their way up in their careers with sluggish job routines, they are resorting to more and more ways to find meaning in their creative expressions. Mishra and his dedicated team of experts are catering to the much needed area of finding a meaning in the lives of the young ones through theatre.

A native of Agra and a film veteran, Mishra moved to Noida near Delhi last year to cater to a wider audience for his objective. As a child, Mishra hooked up early with stage and performance as a child artist with the Indian People’s Theatre Association (IPTA) and slowly worked his way upwards as an senior artist, writer and director.

He formally learned theatre studies from the prestigious Bhartendu Natya Academy in Lucknow and soon engaged himself in carving younger artists. He formed the now famous Ranglok Sanskritik Sansthan in his home town Agra and gave opportunity to thousands of artists to explore and establish in theatre and cinema.

“I found acting and expression has a wide impact on the personality of young men and women. I have seen lives changing and youngsters finding a new purpose in life after going through a rigorous training in theatre with our team. It is now a mission for me to involve every interested youth to explore his or her potential. We have now started reaching out to rural and semi-urban localities to explore talent,” says Dimpy Mishra.

Indian kids have an inherent capacity to excel in art. The excellence in turn reflects in every other thing the person does in his life, he adds.

Government recognised his contribution to the art form and awarded him with the coveted UP Sangeet Natak Academy Award at a young age.  He was at the helm of direction and organising of many prestigious events, cultural extravagance like the Taj Festival, Surajkund Festival and many other art festivals which showcased the soft power of the Indian youth to the wider world.

Now a faculty with the Asian Academy of Film and Television, Mishra aims to make available theatre as a therapy for every youngster in India to emancipate their career goals. An otherwise shy and reclusive personality, Mishra was acclaimed for his role in the web series Ashram and many feature films. A soft spoken Mishra is a darling of his co-stars and believes in making theatre art as a tangible livelihood and therapeutic experience to youths in need.

His routine to involve young minds to sharpen themselves in performance and focus involves warming up, playing games, voice work, developing skills, devising and the presentation of devised work. His workshops in Noida are being attended by both aspiring youngsters as well as professionals looking for a break with their routine in their careers.