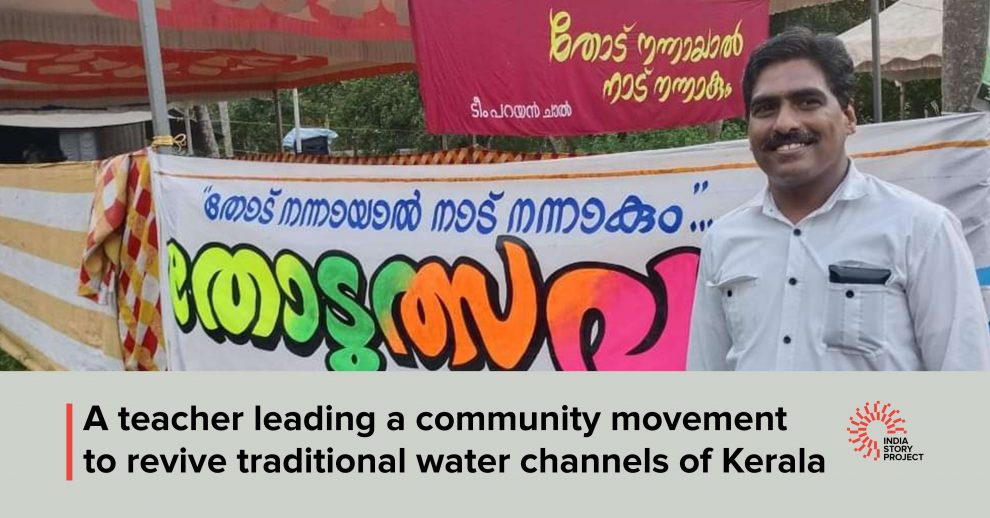 A silent people’s movement is underway in the annually flood ravaged state of Kerala. An initiative to revive the clogged water channels and to rectify the flow of water to rivers through a system of small and moderate land trenches called ‘Thod’ in Malayalam.

The programme which is being spearheaded with community support is led by a young teacher who has decided to make it his life mission. Meet R Sabheesh, a tuition teacher by profession but an environmental scientist par excellence.

Sabheesh and his friends traced down the traditional water trenches in their villages in the Cherthala area of the Alappuzha district of Kerala and started reviving them. Once initiated, the local schools, religious leaders, political parties and everyone joined them to make it a mass movement. Now the whole venture has turned up to be a festival of ‘Thod’ called ‘Thodulsavam’ celebrated by the people twice a year for a fortnight.

“We never saw floods in our lifetime. The 2018 floods in Kerala was an eye-opener. It has been happening almost every year now. The reasons for this devastation are clear and loud. Water is not finding its natural pathway back to the sea. We took up this challenge,” says Sabheesh. 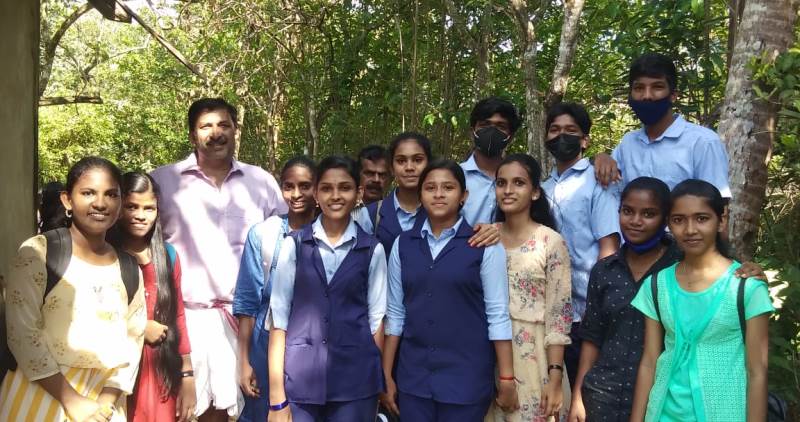 “We practised the annual cleaning of the waterways. It requires the trenches to be dried by diverting the water to nearby coconut fields and then carefully cleaning the trenches of its dirt without harming the porous alluvial soil. While doing this, we also need to ensure that no flora or fauna in the banks of the trenches are harmed as they hold the soil together. Machines can’t do it, it has to be done manually with people skilled in doing it,” says Sabheesh.

The village community in Cherthala has taken up the project on their own with the twin motive of saving the region from floods and to regrow their lost coconut plantations.

“Revival of trenches and waterways have a direct connection to coconut farming. This annual cleaning process revitalises the nearby fields. With the fall of benefits of coconut farming, the trench cleaning tradition also died down. Now our effort is to bring it back into fashion,” says Benson Skariah, a higher secondary school teacher of the village who is part of the project. 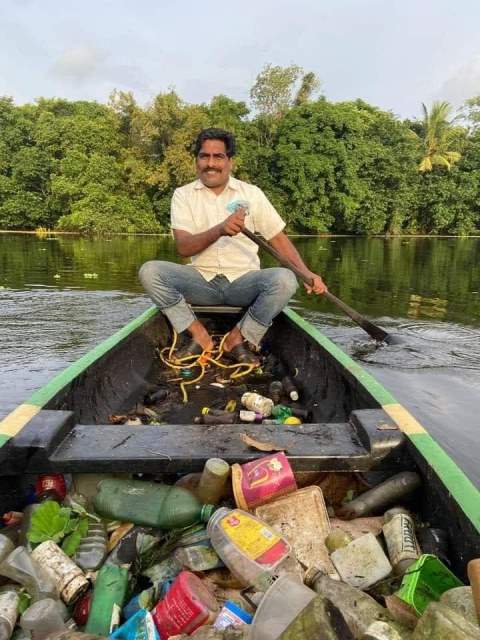 Along with Benson, many teachers like Ranjini PR and scores of the children in the district have pledged to give their time annually to clean the trenches and rivers and save the region from floods.

Our efforts are to motivate youngsters and sensitise the policy makers to give importance to traditional ways of river management. Our strength in these efforts are the traditionally skilled farmers who are experts in cleaning the trenches. They have come forward to help us in this effort. If this becomes a mass programme, it will also be a revival of a lost livelihood for them, says Sabheesh