Home » Speaking out loud and clear for transgenders 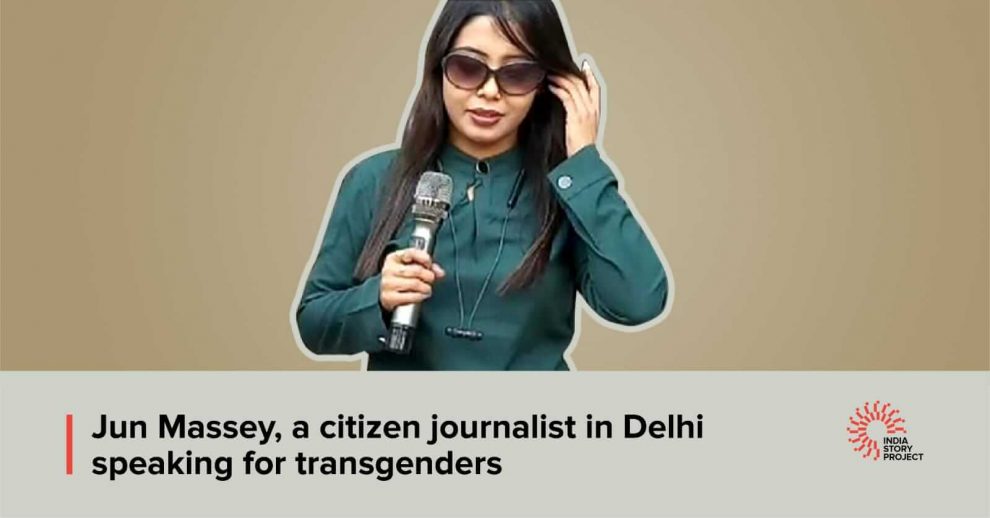 At the beginning of June this year, multiple incidents of PCR calls and detaining of transgender community members were noticed by Jun Massey in the East Delhi area. She felt helpless that she could not do much about the animosity that the general public share towards the trans members who are mostly found on traffic signals asking for alms. Massey launched a campaign to make people aware of the human rights of the eunuch community.

Jun Massey, a citizen reporter from Delhi, who runs her own news platform on YouTube says she was moved by the plight of the trans community on the streets of Delhi and has hence made restoring the dignity of their labour her life’s mission.

“I am a freelance reporter. I do stories for multiple platforms but the more I learned about Delhi and its biased treatment towards the eunuch’s on the street, I decided to focus my visual reporting to highlight the plight of this community,” says Jun Massey to ISP.

A graduate from Assam currently pursuing her post-graduate studies, Jun is an avid traveller and has crossed the length and breadth of Delhi city to locate the eunuch communities and to know them better.

“They are very much like us. Just that they were born differently and chased out of their homes by their own families. They end up on the streets, and their gurus raise them in their care and fulfil their needs. Once they grow up, they are left with no option but to beg on the streets or do work below the dignity of an individual,” says Jun.

Jun’s first engagement is to use her channel to promote the voice of the trans community and their opinions to be heard. She also plans to make livelihood options available for these transgender community members with the help of other like-minded people.

“Why would they come on the street and beg and seek your favour if they had another decent option to earn their food and living. We all went through the covid time, do you know the struggle which these transgenders went through? No government had any plans for them. They had to starve literally and had no option to raise their grievances,” says Jun Massey to ISP.

She believes that common men and women on the street do not know the actual difficulties faced by transgenders. The hate and often disgust towards them is due to a lack of awareness and she is using her journalism to bring to the forefront the realities faced by the eunuchs in India.