Home » Standing up for victimised men 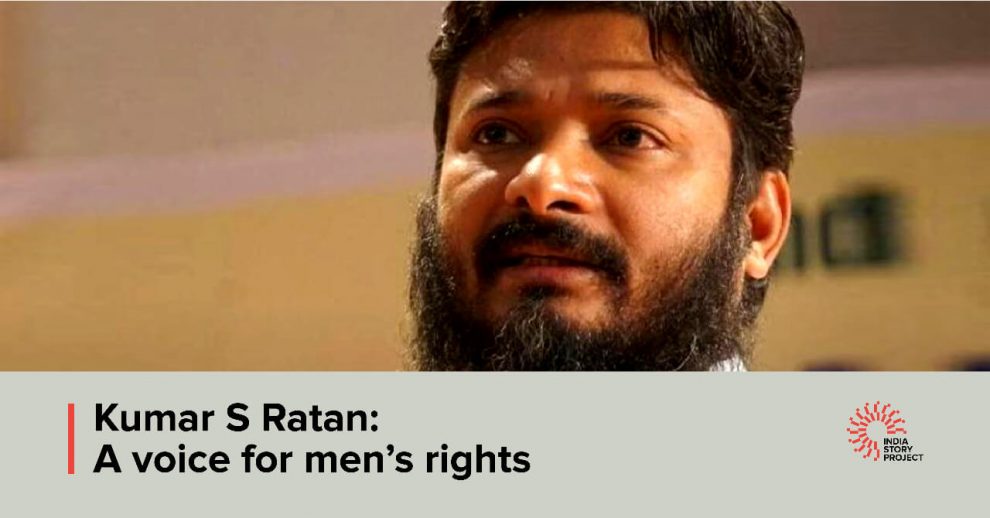 Kumar S Ratan’s encounter was a chance one. In 2011, one of his close friends was slapped with false dowry harassment cases but the friend had to face it all alone and no one stood by him or came in to listen to his side of the story. Facing trauma, he fell down in the office and had to be hospitalised. Ratan stood by him and tried reaching out to different stakeholders to provide justice to his friend. Thus started the long journey of men’s rights activism for this 44-year-old Delhite.

Kumar then made it a mission. He got deeply involved in cases in which men were falsely accused and were forced to settle with cash and property. He met with various victims struggling with dowry harassment, domestic violence and divorce cases, also analysed the data from NCRB and then realised the level of harassment that men were facing. Fate had it for him too, two years later, Kumar also faced a similar family situation, a case which he is still fighting legally.

“Most of the men I have met have no recourse but to cry in solitude. They have painted evils and in most instances, the cases slapped against them are nothing short of money extortion. They are stuck in loneliness and joblessness and cannot even move ahead in life with a new decision,” says Kumar Ratan to ISP.

In most cases, it is a vicious circle of harassment of the man and his family. Police cases, money demands and humiliation. Finally, these men end up blaming themselves for the situation and end up thinking there is no way forward in life, he adds.

Kumar says that in most domestic cases, children are taken away from the father leaving them with no hope in life. Child custody for a father is almost impossible for fathers in India. There have been instances where the child is instigated by the wife’s family to humiliate and harm the father, but the man has no legal recourse to all this.

“The worst problem in India is the notion that men cannot complain or claim to be a victim. There are no avenues to speak up or share their ordeal. We have started a helpline for men in need called menhelpline.org where anyone can seek help or call experts for assistance in case of need,” says Kumar.

Kumar also organises monthly meetings for men in need of help and they meet each other and try to sort out issues. It is more a social association of like-minded men counselling and helping each other.

Another important activity of Kumar and his team is sensitisation of the policymakers about the need for laws sensitive to men. He claims most of the laws in India are biased and are one-sidedly framed with a presumption of women being victims.

Kumar and his team of lawyers have also filed a couple of PILs in the apex court seeking shared parenting of children and some other issues in favour of men.