Home » Striving to save water for future 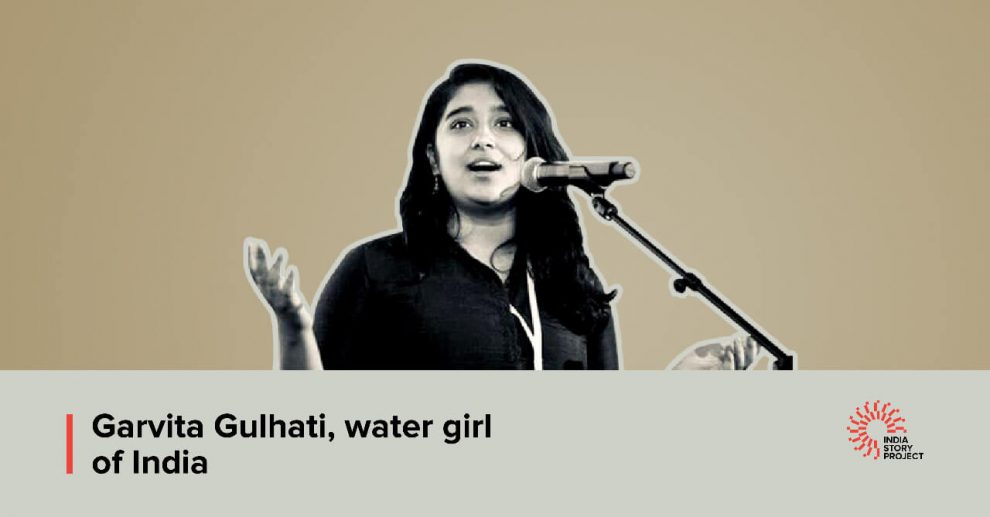 Garvita Gulhati from Bangalore is better known as the water warrior of India. She founded the organisation ‘Why Waste’ to make individuals and institutions more aware of water conservation. The group led by Garvita comprises a team of young volunteers who campaign to change the mindsets and habits of people regarding water usage.  It has initiated and successfully held massive online campaigns like `glass half-full’ which steered society towards ways and means to ‘Save 100 Litres Every Day.’

‘Why Waste’ founded in 2015, when Garvita was only 15,  works with the punchline- save water, it will save you later. Talking about her rendezvous with water conservation, Garvita said while receiving an award, “a few years ago, during a trip to Ahmedabad, Gujarat, my family and I were visiting one of the most iconic step wells in the world. A frail child ran up to us and pointed at the bottle in my hand. She wanted some water. I gave it to her and watched as her eyes lit up and a smile adorned her face as the water quenched her thirst. I couldn’t stop thinking about the encounter. This experience was pivotal, making me realise how important water is and how so many of us often take it for granted.”

Garvita’s early campaigns started with the learning that, on average, 14 million litres of water is wasted every year in the water that we leave behind in glasses at restaurants. Garvita and her team started a campaign to educate people about how not to waste and taught restaurant staff to fill glasses only half full. Thus began the “Glass Half Full” campaign.

In 2018, 21-year-old Garvita petitioned the National Restaurants Association of India and campaigned for the concept to be adopted by the half a million restaurants they represent. Her team has been able to prevent over 10 million litres of water from being wasted and has reached over 6 million people with our ideas for change.

Some of the very productive campaigns led by Garvita and the team are ‘Turn off the taps’ which calls for saving 6 litres of water a minute by turning off your tap while brushing your teeth. ‘Fix leaky taps’ campaign seeks to stop what could be 60 litres of water going straight down the drain every week due to faulty water connections. ‘Shower with less’ is yet another campaign which educates that every minute spent in a power shower uses up to 17 litres of water. It requests people to keep showers short. Garvita has won several accolades including the ‘Earth Day Network Rising Star’ and Forbes 30 under 30, among others.