Home » The birdman of Chennai 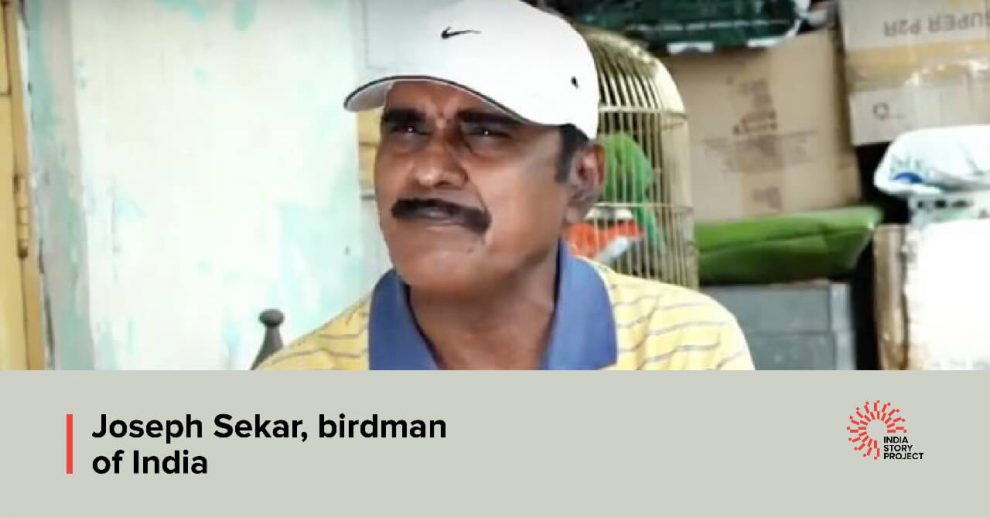 When the Tsunami hit the eastern coast of India in Chennai in 2004 December thousands of lives got drowned but many hearts changed too. One of them was Joseph Sekar. He was shocked by the number of birds who lost their places of abode and saw many dying due to hunger. He resolved to feed them. But how could he?

It started in the 90s when he rented a place for his living in Chennai and he kept food for birds on the terrace. Parrots and pigeons used to come and perch upon his roof, where they were fed rice. But after the Tsunami of 2014, the parrots took over his terrace.

It happened with four parrots visiting his house a few days after the Tsunami. They seemed hungry and he fed them and took care of them. It became a routine and more parrots followed. It has now become a regular visit of more than 4000 parrots who come to have food from Joseph twice a day.

Humble Joseph, a camera mechanic in the Royapettah area of Chennai, pledged to spend around half of his earnings to cook rice to feed the parrots in the area. Raised in a poor family, he had educated himself in electrical mechanics and he chose to use the terrace of his camera shop to feed the mute avians.

To keep the routine going on without interruption, Joseph struggles every passing day. He has to walk or take an auto to a nearby market and buy rice to cook and then serve it on the terrace in neatly laid wooden planks for the guests from the sky. He requires around 75 Kg of rice everyday to feed these parrots. During monsoon season, the number of parrots flocking his terrace increases to around 6000.  He spends his earnings for it while he himself lives in a rented apartment.

With global media including the National Geographic channel featuring him for his act of kindness, he is today an inspiration to many. He is very much supported by his neighbours and is fondly called the  ‘Birdman of Chennai’.

Joseph’s story is a saga of special bonding between animals and humans. He now also treats the injured birds. He applies medicines and takes care of them till they are completely healed and then he sets them free.”

From the landlord asking him to vacate the place to avoid the parrots on the terrace to days when he struggled to cook for the parrots, Joseph has struggled and has kept his pledge alive despite all troubles.