Home » The richness of simplicity 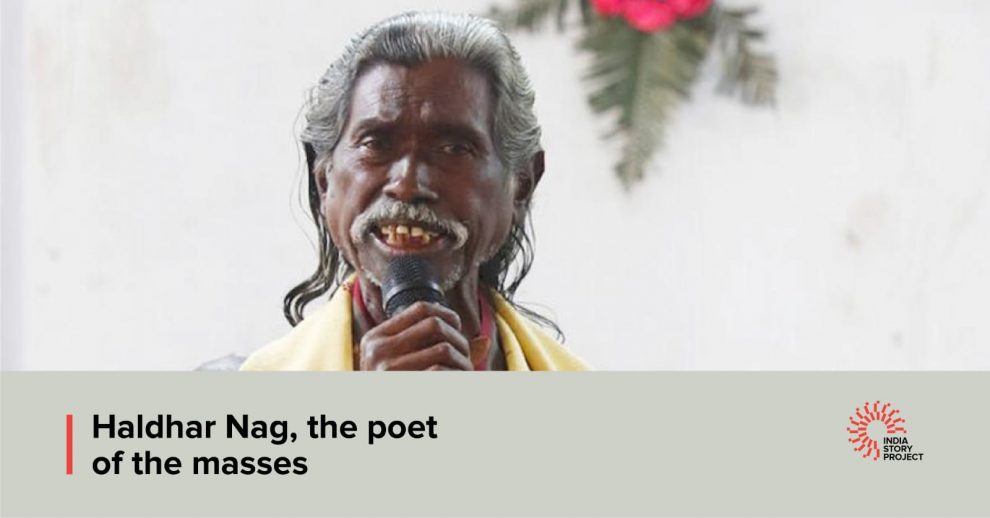 Poet Haldhar Nag personifies the adage that simplicity is the essence of happiness. He even forces us to think of our capabilities beyond college degrees and skills. A native of Odisha, the 71-year-old is called the poet of the masses today. A person who has enthralled the best of writers with his expressions through his poems.

Born in a family with abject poverty in Odisha’s Bargarh district and to make the matters worse, he lost both his parents at the early age of ten. Young Haldhar had to drop out of his studies in the third standard and was forced to work in a roadside eatery to sustain his living, a job which he had to continue for many years. After learning to cook, he got a job as a cook preparing food for students, a place he worked for 16 years.

The turning point in his life came when someone encouraged him to start a small stationery shop with a 1000 Rs loan. The small-scale shop gave him access to paper and pen to try his luck with the writing. He started writing his thoughts in bits and pieces in his free time and his legendary poems became a reality.

He then worked as a cook in a local school for the next 16 years. A few years later, he took a loan from the bank of Rs 1,000 and set up a small-scale stationery shop near the school. However, he didn’t let his passion for writing die and kept writing small pieces. Although he was writing a lot, it never came to the attention of the public until it got published.

In 1990, he wrote his now famous poem ‘Dhodo Bargach‘ meaning ‘The Old Banyan Tree’. He shared this and many other of his poems with a local magazine and his compositions which were soon published and people started reading and appreciating them.

Though success soon came his way and he became a celebrity writer, Haldhar decided to keep his life simplistic and true to his background and never change his lifestyle. Haldhar Nag today is a globally acclaimed well-known folk poet of the Kosli language.

Known as Lok Kavi Ratna in Odisha, the themes of Haldhar’s poems revolve around nature, society, mythology and religion. He uses his work to promote social reforms and his beautiful words simplify the issues faced by society. In 2016, the Government of India awarded him one of the highest civilian awards, Padma Shri, in recognition of his contribution to literature and the country.