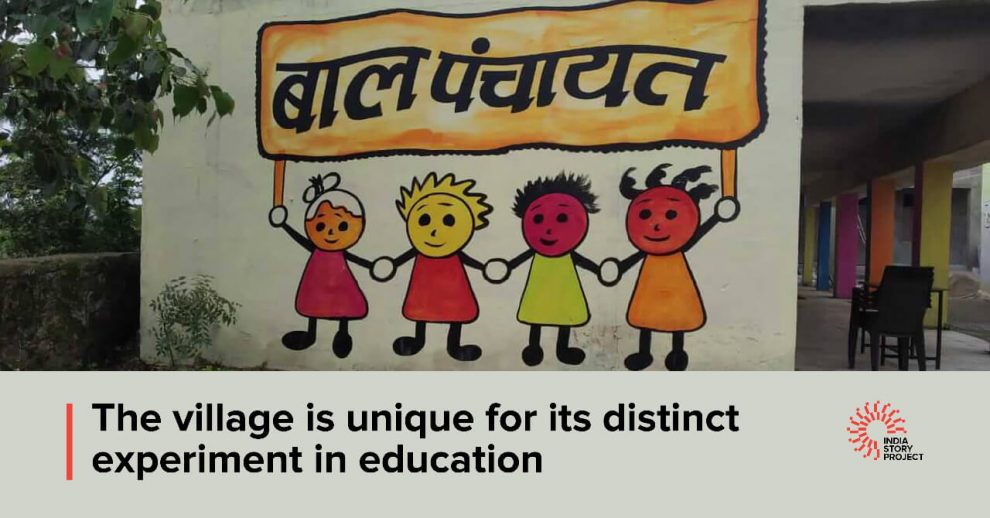 ISP Jaipur Bureau:- Meandering roads through the hilly terrain takes one to Mendiya Dindore village amid the Aravali ranges. Situated twenty-five kilometres away from the district headquarters of Banswara in Rajasthan, the village which is part of the Virpur panchayat has a population of around 250 people.

The village is unique for its distinct experiment in education. The teacher and students of the only primary school in the village have successfully undertaken a mission to make the rural landscape of the hamlet print-rich. 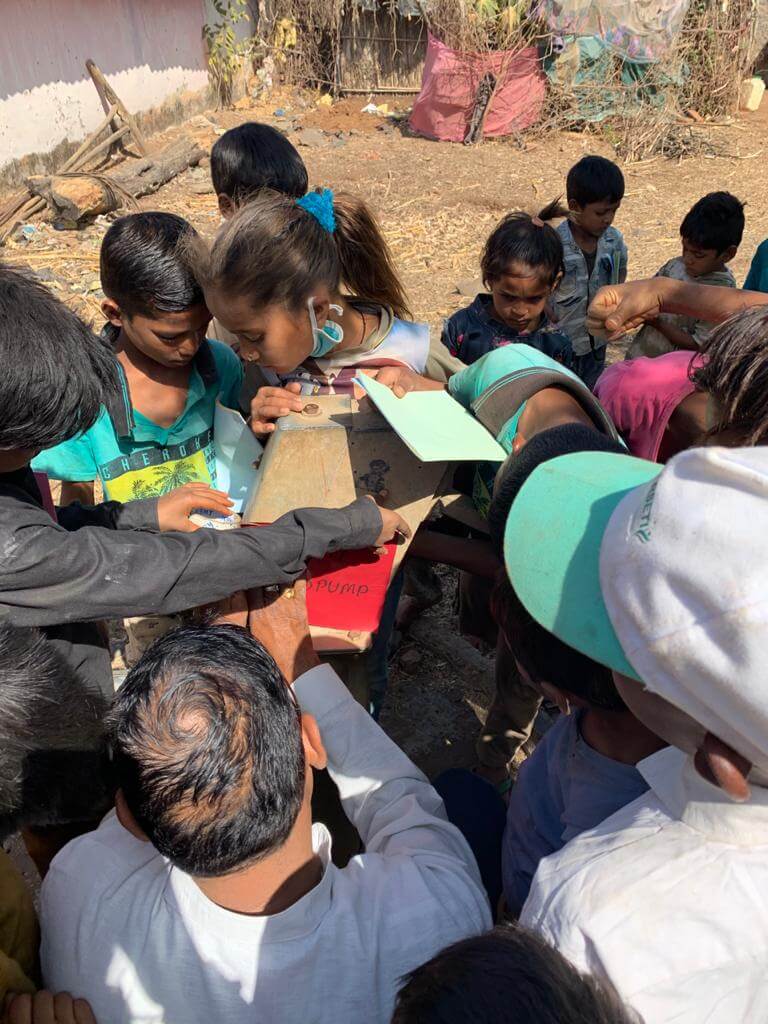 One of the Hindi teachers appointed in the village, Vijay Prakash Jain, took up the initiative to gather students and convince the village elders to mark up the village with placards. The school children, have ensured to place nameplates on the walls of every house in all three languages. From the eldest to the youngest in the family they now have their names inscribed in front of their house. 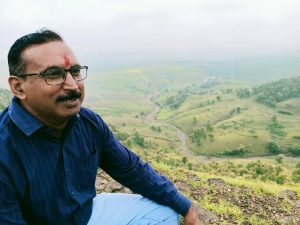 “Our aim was to make the village a living classroom. One of the ways to do this is to make it print-rich with displays, cards, posters and nameplates in an environmentally friendly way. When lockdown ended but school were still shut, we utilised the time to bring together the children and elders in the village to document the place’s history, oral traditions, agricultural tools, farming habits, ancestral names and many such things which were fading away from everyday use,” says Jain, the primary school teacher who is leading the movement.

We ensured that everything we wrote, we tried to do it in all three languages of Hindi, English and the local dialect Wagari. It was an amazing experiment, children learned the traditional names from parents and parents learned the English and Hindi names from students, he adds. 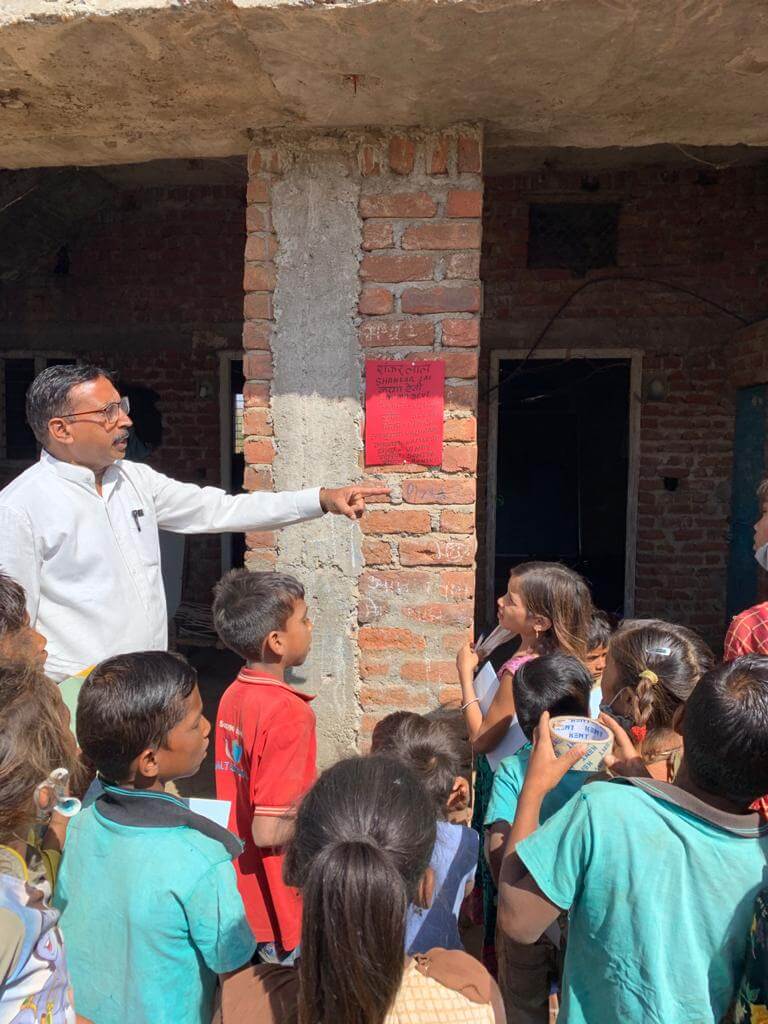 Jain says he dedicated himself to experiment with better education skills inspired by his father who cycled 45 km every day to go teach in a school and how he is focussed to fulfill the needs of each child by creating learning tools mostly with the cooperation of the parents and villagers.

“These practises are a landmark for not just education but also to the needs of cultural enrichment and environment preservation. A child’s mind is very impressionable… it captures things around it. This initiative must be replicated not just in villages but also in urban areas where children are becoming increasingly engaged in video games and other modes of virtual entertainment. Touch and feel of nature will make a child more responsible towards the environment and fellow people,” says Prakash Pandya educationist and writer in Banswara.

Change is evident. The local names of trees and farming equipment are now easy to remember for everyone in the village. Children as young as primary school kids are now aware of the local varieties of herbs and their usages. The elders were often shy narrating the Wagari couplets taught to them by their parents, but children persisted and now they are all documented in a booklet and also pasted across the village. 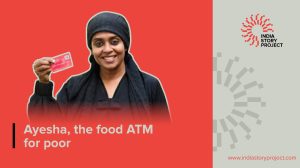