Home » Anything for education 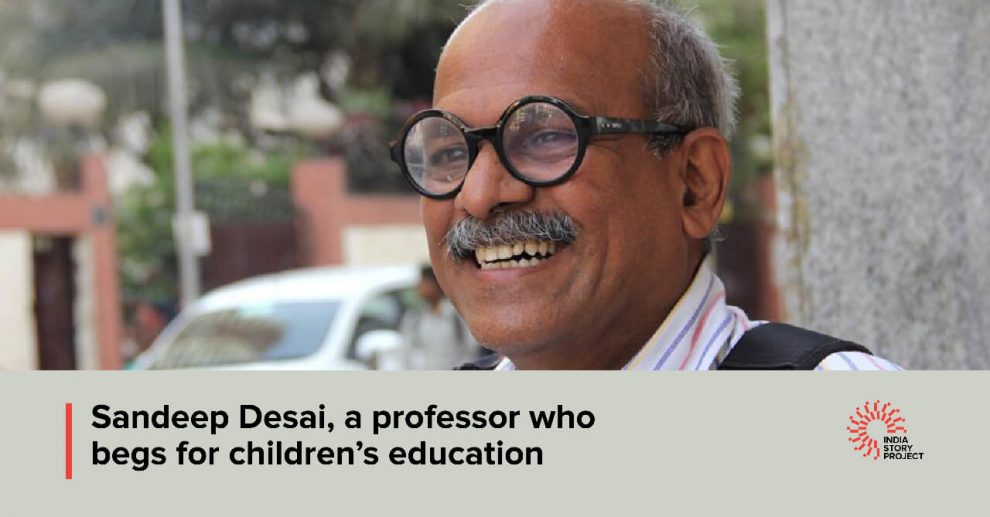 How far can you go to seek resources for teaching children in need? Well, Professor Sandeep Desai feels it’s even worth begging to collect resources for education. He is a regular in Mumbai trains with his charity box seeking money from commuters to educate children in need. He runs multiple schools in various rural areas of Maharashtra, Gujarat and Rajasthan providing free education to thousands of children.

A marine engineer who took up a successful career in academics, Desai quit his regular job in the year 1997 to work towards his team’s dream project called Shloka, a free English-medium school for children from the slums of Mumbai. His characteristic transparent acrylic box with the message of donation for schools pasted on it is a well known thing for the regular commuters in Mumbai. Everyday commuters wait for him to come everyday to contribute.

His cry for seeking money from commuters is ‘Vidya Daan Shresth Daan’ meaning donating for education in the best of all charities. His brief talk in the local trains to passengers inspires them to partake in the mission for education and tells them that even a coin from them makes a lot of difference and they don’t have to be a millionaire to donate for education.

“I am breaking the general belief that one must have their pockets full to do something for the society,” says Prof Sandeep Desai who resides in Goregaon. The non-profit organisation which he runs is called Shloka Missionaries. He teamed up with Prof. Nurool Islam, Emeritus Professor of Symbiosis to start the initiative. The local train from Goregaon to Vile Parle was their first route in which they ‘begged for education’ in the year 1997 and they have not stopped till date.

To back up their funding source, both Desai and Islam conducted several workshops across Mumbai on creativity, advertising, and communication skills. The proceedings of these sessions were added up to the education fund. There are also people coming forward to make free-will contributions to the cause steered by the Shloka Missionaries.

When the government introduced the Right to Education law in the year 2009, Shloka Missionaries foresaw the need to move from urban centres to rural areas as the regular schools in the cities were mandated to provide 25% of their regular seats for the urban poor. Prof Desai and his team hence took the strategic decision to move to the Indian villages with quality education in English. Their quest for catering to more needy people took them to more areas of Rajasthan, Gujarat and many other parts of Maharashtra apart from Mumbai. 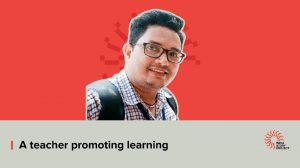 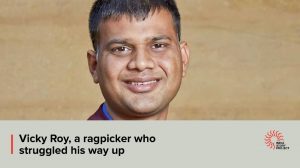 Journey of an acclaimed photographer