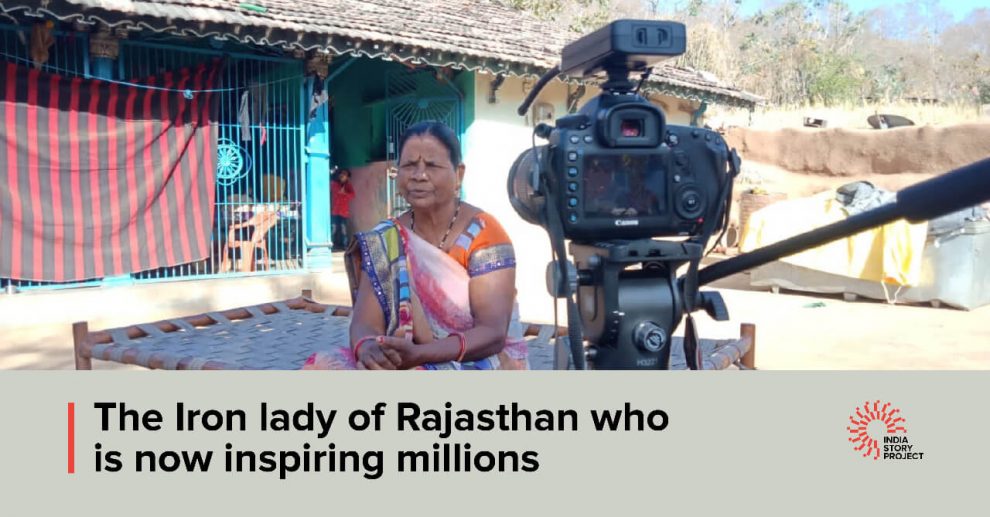 She has broken many glass ceilings. She is now a synonym for grit and courage. Meerabai Meena of Udaipur is creating history in the foothills of the mighty Aravalli ranges. She the only female mechanic of the water supply department of the Rajasthan Government is a story worth taking note of.

Born in the Poodana village of Udaipur, she lost her husband early in life and financial needs forced her to look for labour work. Her lack of education declined her a white-collar job and she was literally on the roads to fend for herself and the family. That was when the Government of Rajasthan advertised for the post of handpump mechanics. Being a water-scarce state, Rajasthan has a perennial challenge of providing drinking water to far off villages. To enable the regular working of the handpumps in the villages, the state government appoints mechanics to inspect and rectify handpumps. Meerabai applied for the post and she cleared the training successfully. Meerabai was the only woman who applied for the position. She had already breached a male bastion.

People mocked her, she was stigmatised as a lady who had taken up a job she was not capable of. There were also attempts to bracket her as a lady of doubtful character. She soldiered on. Every single day, with the heavy tools on her shoulders, she walked many miles to reach villages allotted to her to repair the handpumps. She proved herself better than her male counterparts. She was now an angel for the villagers. An honest mechanic sincere to her duty and the one who ensured the supply of clean drinking water to the village folks.

Summers are tough for her. Meerabai is in charge of two villages of Jhabla and Padoona. She has to walk the tough terrain for a long distance in the scorching heat. The number of complaints in the summers is also very high as water demand increases. She braves it all and makes sure that the villagers get a regular water supply. Day or night, Meerabai is always available for the villagers with her expert service.

When it was taboo to be a mechanic, Meerabai took it as a challenge and it paved the way for many other women to take up the job after her. She did not fight stigmatisation with hatred. She proved her abilities with her hard work. She is today a darling of the children and teachers quote her as a role model. Undoubtedly, Meerabai’s story is a story of triumph over trials.

Power of women coming together for a cause
Probably, paradise is in unconditional love
Comment