Home » No obstacle is big enough 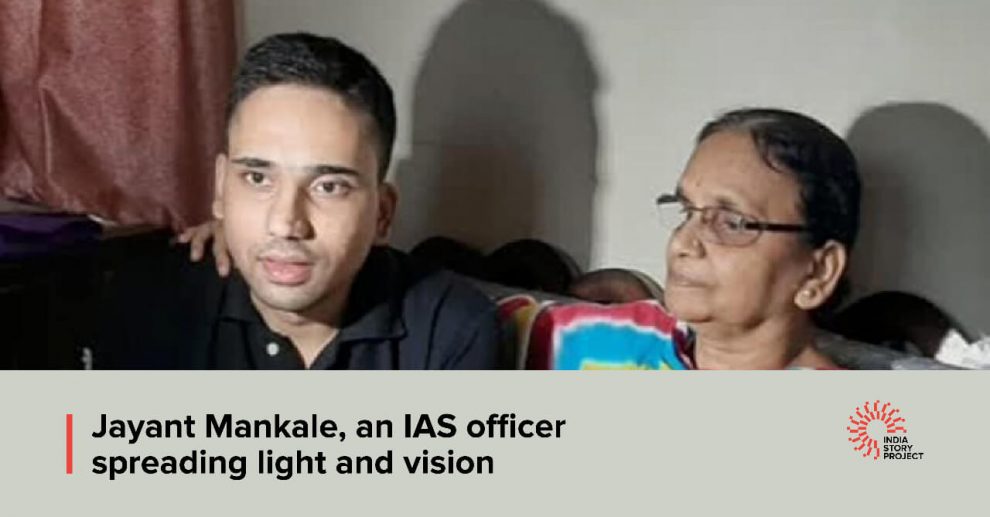 Jayant Mankale, an Assistant Secretary level officer with the government today is an example of grit and commitment. A visually impaired son of a water pump operator cleared the Union Public Service Commission examination and overcame all his obstacles to achieve what he dreamed for.

He proves with his achievement that no weakness or obstacle can stand in the way once you are determined. Jayant had a challenging childhood. He lost his father at the age of 10. Since then his mother and two elder sisters shouldered the responsibility of his education in Pune.

The mother’s pension was not enough to sustain hence to feed the family, the mother and both sisters ran an eatery outlet. To pursue engineering studies for Jayant, the family had to opt for a bank loan with great difficulty. The miss during the failure in the first attempt did not dishearten the family. They stood by Jayant to go for his second attempt.

Mankale, the resident of Beed in Maharashtra, secured an all-India rank of 143 in the civil services examination 2019. The 30-year-old mechanical engineer had cleared the examination a year earlier too but he missed the IAS cadre by a few marks. Without being disheartened, he joined a nationalised bank for the time being and kept trying.

The next year he secured the IAS berth and became a role model for others. He had lost his eyesight to a rare disorder during his engineering studies. He lost 75 per cent of his vision after suffering from retinitis pigmentosa, a group of rare genetic disorders that involve a breakdown and loss of cells in the retina.

Mankale took refuge in technology to overcome his shortcomings while studying. He would use the dictation tool on his mobile and reading technology to go through his Civil Services preparation notes. He could not afford a screen reader. He was preparing for the examination in the Marathi language and all the audiobooks and IAS subject videos were in English which became a great hindrance to his studies. He would watch hours and hours of Rajya Sabha TV and Lok Sabha TV debates to prepare for the subjects he was preparing. He also made a list of YouTube videos which he could listen to regarding his area of study.