Home » The man who planted a forest 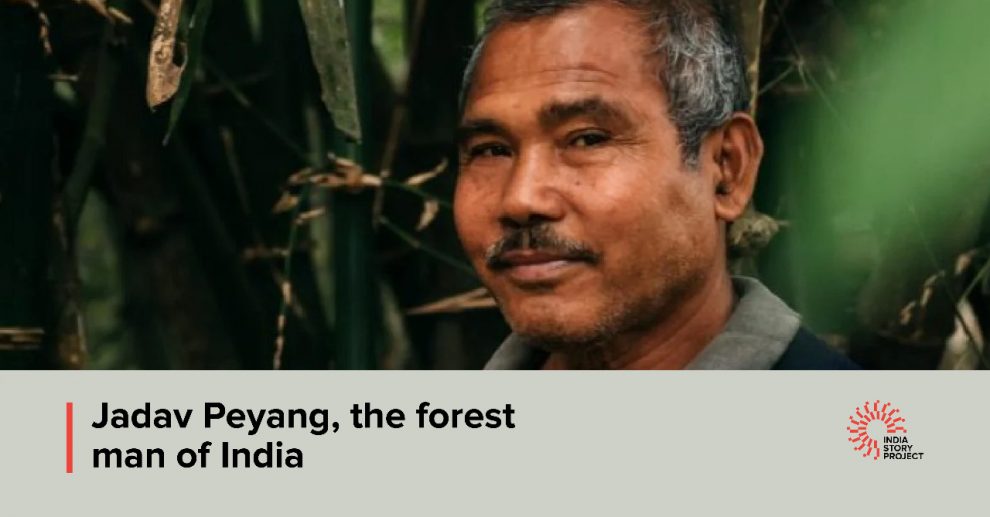 We all learned about reforestation in our school textbooks. But here is a person from Assam who has made it happen in his beautiful Brahmaputra valley with his concerted efforts for the last four decades. Jadav Payeng, an unassuming and focused forest conservationist is an inspiration to many today. The world calls him the ‘The Forest Man of India’, an honour bestowed on him on World Earth Day in 2010 by the government.

Jadav has turned a barren land of over 1300 acres into a beautiful dense forest all by himself. With no external help and no technical tools, Jadav toiled hard in rain and heat to plant saplings in the vast expanse of unused land to make the magic happen. He started his endeavour in the year 1979 when he was only 13 years old.

His early exposure to the miseries of the people living in Brahmaputra valley and the traditional wisdom he attained from his tribal community helped him in his novel venture. The day he started planting the trees was fateful. Coming out of the flood days, he noticed that many snakes in his village and adjoining areas had died due to excessive heat after floods washed them shore to their sand-filled areas. Moved by the plight of the small creatures, Jadev pledged to turn the situation around and planted 20 bamboo seedlings. He continued planting trees every day from then on.

Government records today suggest that the forest planted by Jadav attracts the majority of the world’s migratory birds and houses Bengal tigers, Indian rhinoceros, over 100 deer and rabbits, monkeys, and a herd of around 100 elephants visit the forest every year. The forests are so dense and safe that elephants use the place to give birth to their calves.

The forest planted by Jadav Payeng is named Molai forest. The name comes from the name which Jadav was dearly called by his parents as a child ‘Mola’, meaning pinkish and a fair child.

Jadav these days travels around the world telling his story of planting a forest, an endeavour which till recently was considered an impossible task. He loves speaking to children in schools and colleges. His talks inspire the kids to attempt the difficult task of conserving our ecosystem for a brighter and better tomorrow.

He explains to the young that it takes around five years for a sapling to turn into a tree and says it will be a beautiful thing if a child is taught to plant a sapling or a seed when he is initiated in school and as he grows up he or she is taught to take care of it and be responsible for it.

Several short films and documentaries have been shot around the story of Jadav. The documentary The Molai Forest (2012) was screened at Jawaharlal Nehru University for the students and it caught up with immediate media attention. The critically acclaimed film ‘Forest Man’, a 2013 short film tells Jadav’s story of continued endeavours in environmental activism. He has also inspired the central character in Prabhu Solomon’s film ‘Kaadan’ released in March 2021 in Tamil. It was also translated into Hindi as Haathi Mere Saathi and Aranya in Telugu.